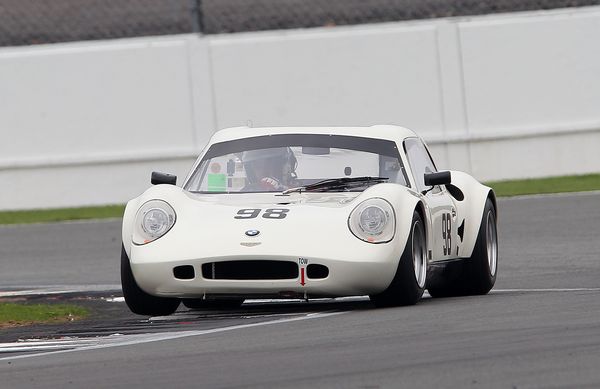 This B6 is one of seven which were built and numbered “DBE-2” to “DBE-8”. Both the B6 and its closely resembling successor the B8, were more often than not powered by BMW’s two litre four-cylinder engine and went on to dominate national GT racing and enjoy much success in Europe from 1968 on wards. Both the B6 and B8 shared the same space frame chassis with all independent wishbone and coil-spring over damper suspension, while its svelte and curvaceous fibreglass bodywork by Specialised Mouldings made it one of the prettiest GT/sports races of its era.

With its mid-mounted BMW 1998cc engine (220HP) engine mated to a Hewland FT200 trans-axle, it was duly built in the required numbers for homologation as Group 4 Sports car in 1968 and the B8 proved highly successful; no different today in historic racing where the Chevron B6 and B8 are regular podium finished in historic sports car and GT events.

Contrary to many other Chevron B6/8, DBE-6 has continuous history from new with all owners accounted for while also having excellent in-period UK racing history.

The car is now with a new 2016 FIA HTP and comes with a set gear ratios.

This exceptional B6 is known as “one of the best” in Chevron circles and it is a welcome and competitive entry to every historic race event such as Masters, CER and others.

This B6 made its race debut and First Win on 16th April 1967, in the GT championship at Brands Hatch, driven by Digby Martland.