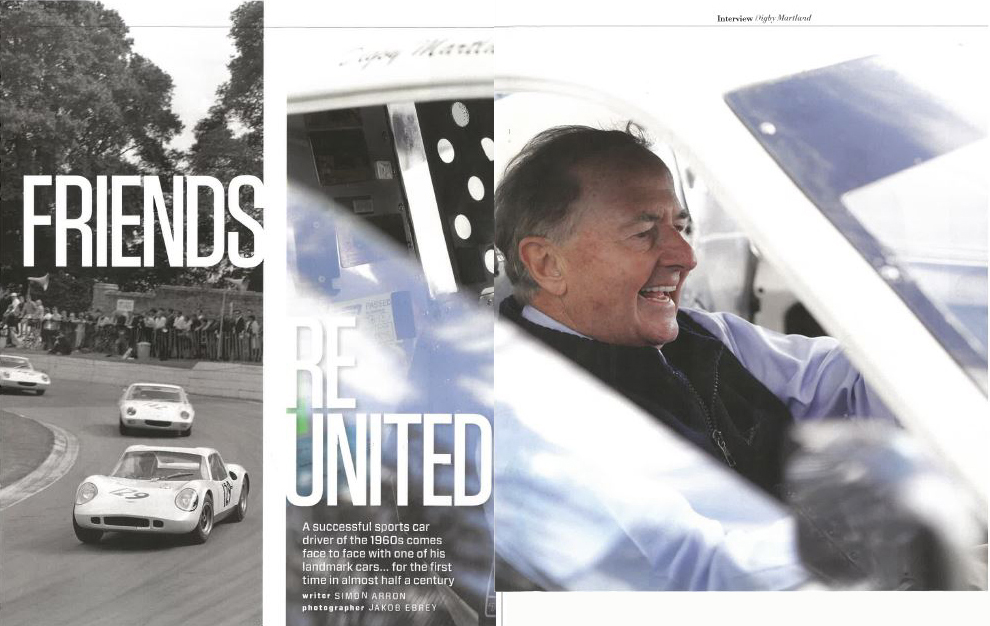 Friends Reunited, A successful Sports car driver of the 1960s comes face to face with one of his landmark cars… for the first time in almost a century. 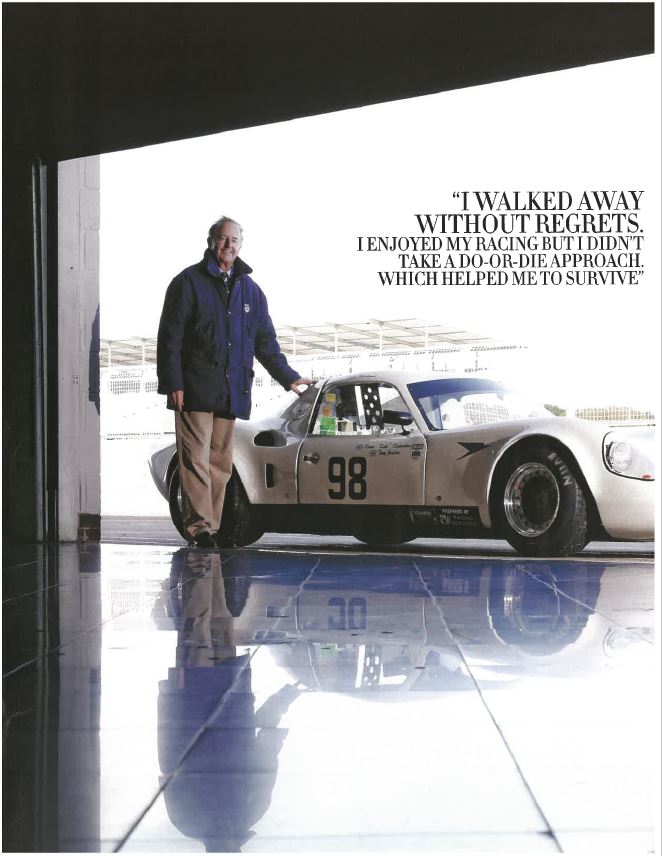 Silverstone has always felt rather cold and blustery at the most tropical of times, but for a brief moment last year it dripped with emotional warmth. Outside one of the garages, septuagenarian former racer Digby Martland quietly contemplated a pristine white Chevron B6.

“I felt really rather moved,” Martland says. “You have to remember that i probably hadn’t seen the car since 1967, when I’d last raced it. Normally when you see a50-year-old car it appears pretty dated, but I couldn’t get over how good a B6 still looks. Seeing it triggered many happy memories.” Martland might not have a particularly high motor sport profile globally, but he was an acclaimed sports car racer in Britain during the 1960s. He was Chevron’s first GT customer and recorded debut wins for both the B3 (Oulton Park, July 23 1966) and the physically similar B6 (Brands Hatch, April 16 1967) – just two of his many strong performances for the Bolton marque.

He was a familiar face at UK racetracks but also competed at Daytona, the Nurburgring, Le mans, Monza, Montlhery, Clermont-Ferrand and AVUS, as well as on bumpy old Austrian airfields. At Les mans in 1970 he shared a works Chevron B16 with Clive Baker; they retired with a brken valve spring and that was that. Martland is cited as having appeared as a named second driver for acouple of events in 1971, but he never raced again, instead forging a successful career in business.
“I walked away without ant regrets,” he says, “and was pleased to have been able to do what I’d done. Initially you think you’re going to be world champion, don’t you? Then you realise you’re not. I enjoyed my racing, but I wasn’t overly ambitious and didn’t take a do-or-die approach, which i guess helped me survive. i knew a lot of people who weren’t so lucky. It was all right when I was on the circuit, driving, but I thought about the possible consequences from time to time when i was away from the track.

“Another of the things that finished it for me was the arrival of slick tyres, because of what it meant in terms of the amount of stuff you had to lug around. initially a set of tyres meant about as much as a set spark plugs – you didn’t really consider it and four Dunlop R6s could last a season or perhaps even two. When slicks came in and you suddenly needed to take wets and intermediates as well… it became a big thing and made the sport much less simple. His competitive story began in 1962, with a Mini that future rival Brian Redman helped tune for him. “I used it for sprints and autocross events, then followed a similar regime with a Lotus Super Seven before moving into circuit racing with an Elan 26R in 1965, though I did only a few events in that before it got bumped. 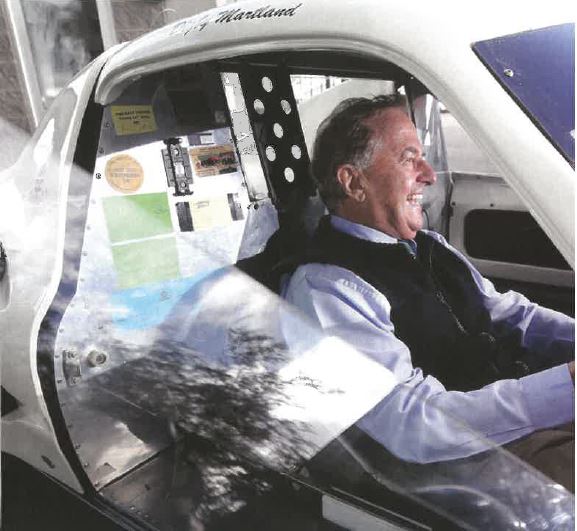 “At that time I used to go to Aintree Circuit Club test sessions on Tuesday evenings and saw Derek Bennett in action there with his Clubmans cars – the very early days of Chevron. Derek was a great bloke and a brilliant , self-taught engineer. His cars always looked fantastic  and were beautifully made. It was [future Demon Tweeks boss] Alan Minshaw who tipped me off that Derek was building a Chevron GT, so I went to the Bolton factory the next day, saw a model of what would become the B3 and fancied the idea. I ended up buying the first chassis and it won on its debut. It felt like my first proper racing car – stark inside and absolutely fantastic to drive. It was well sorted and I felt at one with it right away.
“After that first win I asked whether I could take the car back to the factory and keep it there, to which they agreed. I didn’t live too far away, so spent quite a lot of time at Chevron and quite enjoyed the mechanical side. An I  was lucky to be based at the factory, because and mods came my way fairly quickly.” 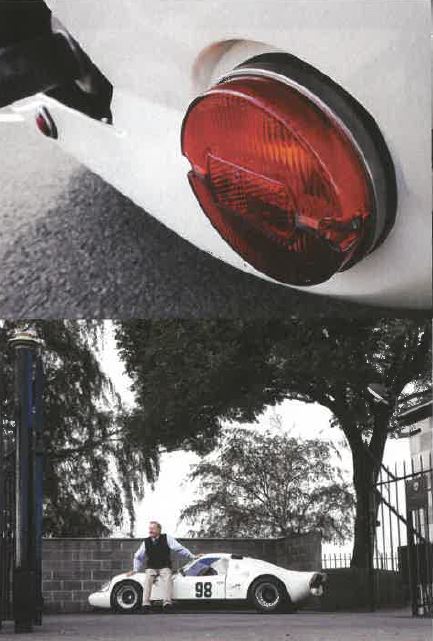 His stand-out season would be 1967, with the B6 that features on these pages. There were several outright victories int he UK, plus some strong class performances overseas – and one or two adventures.
“I won a lot of races and competed all over the place,” he says. “Paul Watson [team owner and sales agent] used to advise me to go off to the Nurburgring, Imola or wherever because 200 quid was available as start money. 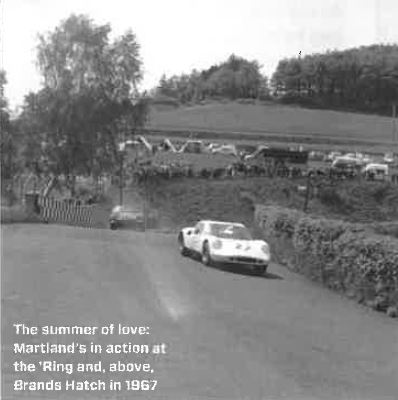 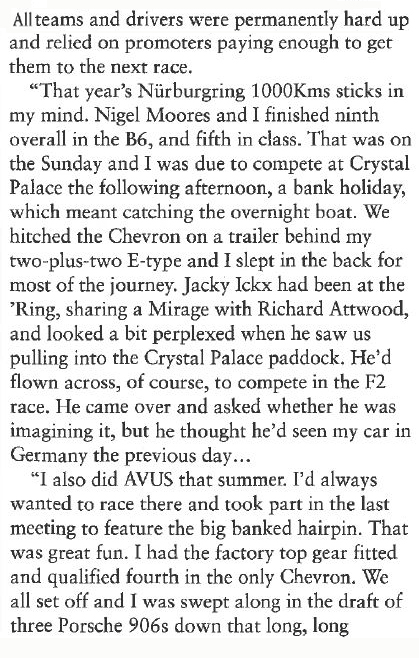 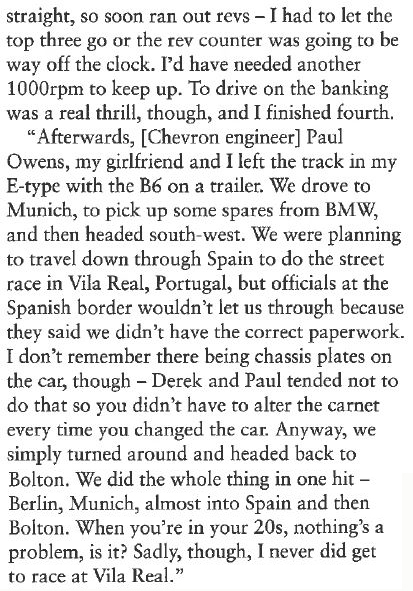 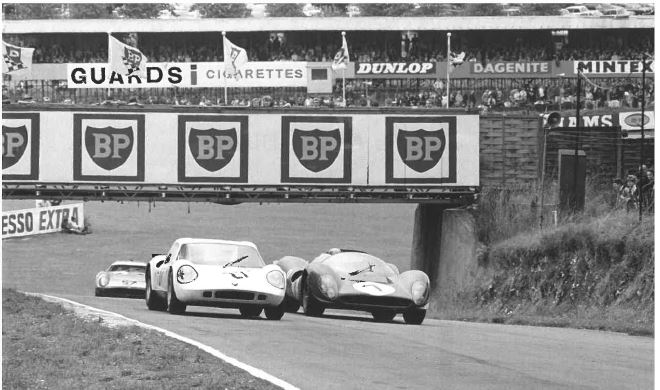 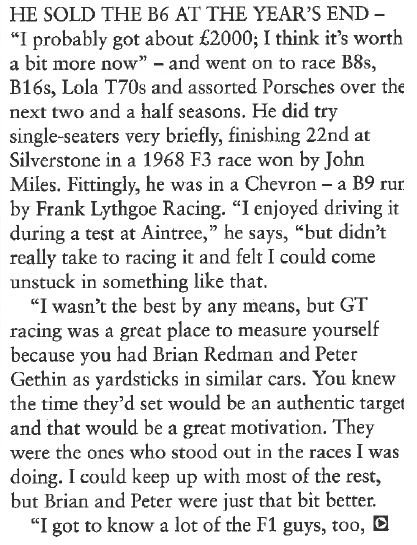 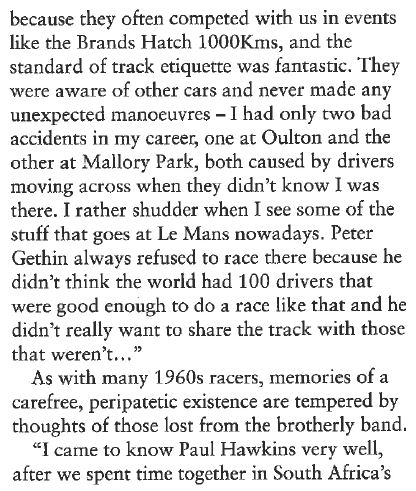 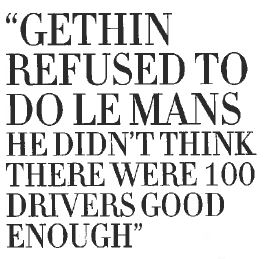 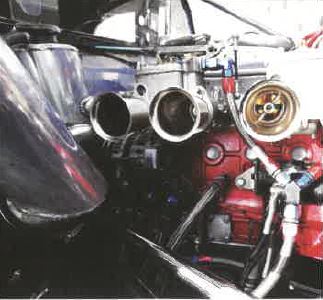 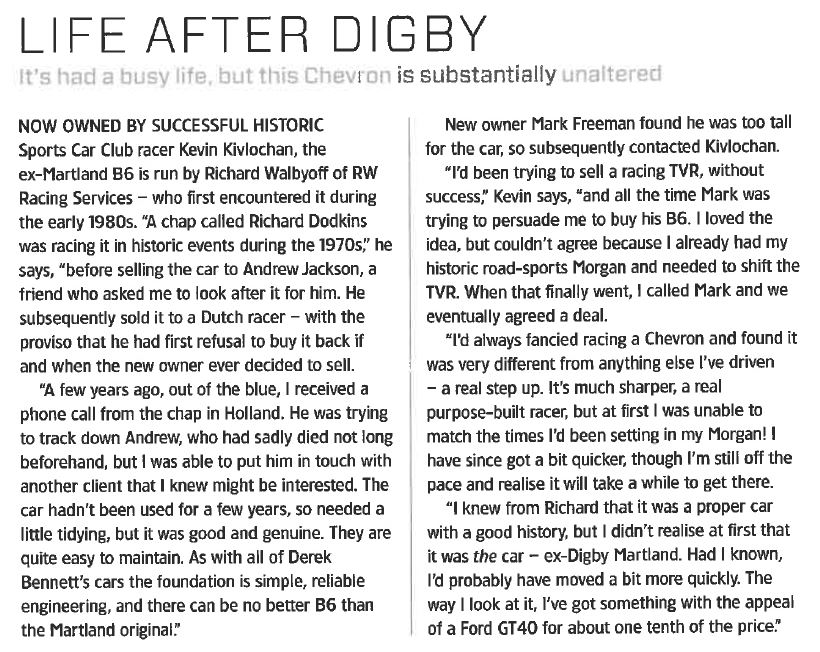 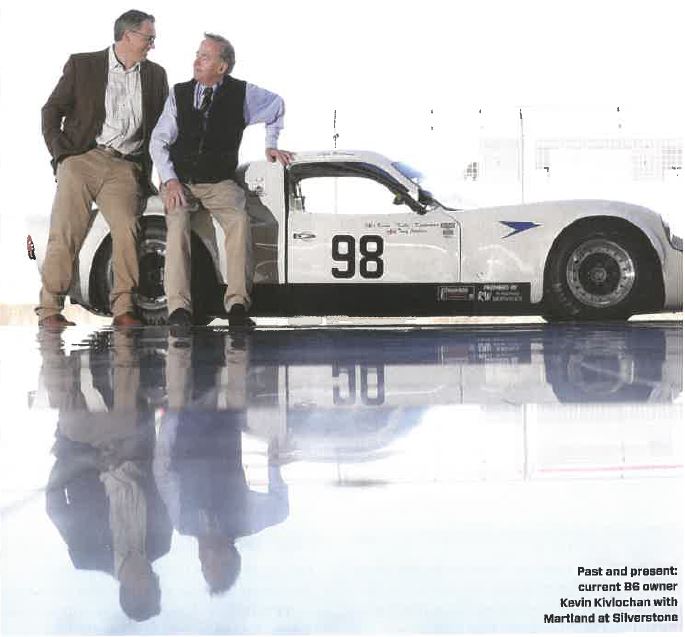 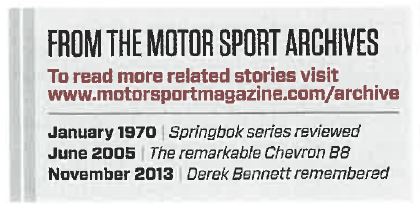