This B6 made its race debut and First Win on 16th April 1967, in the GT championship at Brands Hatch, driven by Digby Martland. Chassis DBE 6 has had a continuous chain of ownership from new,

Digby Martland was reunited with DBE-6 in August 2016,
pictured here outside the BRDC club house at Silverstone.
www.MotorsportMagazine.com 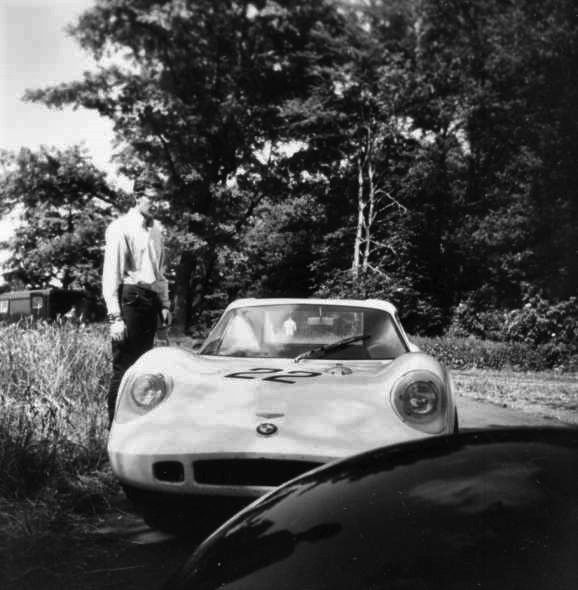 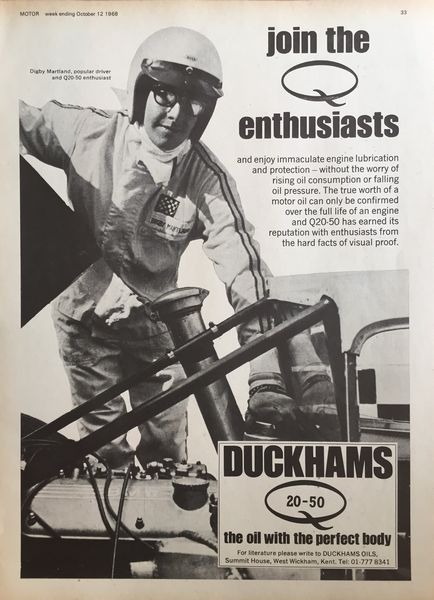 Digby Martland with Chevron in Duckhams advert from the 60’s