In the Spring of 1955 Trevor Wilkinson was hard at work constructing a new chassis with multi-tubular backbone, which set the future direction of TVR.  Initially three Open Sports racers were constructed, here we have chassis number 5A-001 fitted with a Coventry Climax engine.  Registered 223 EMA, she has been locked away in a Scottish barn since 1985 and is now set for a resurrection program to bring her back to the race track, where she belongs. 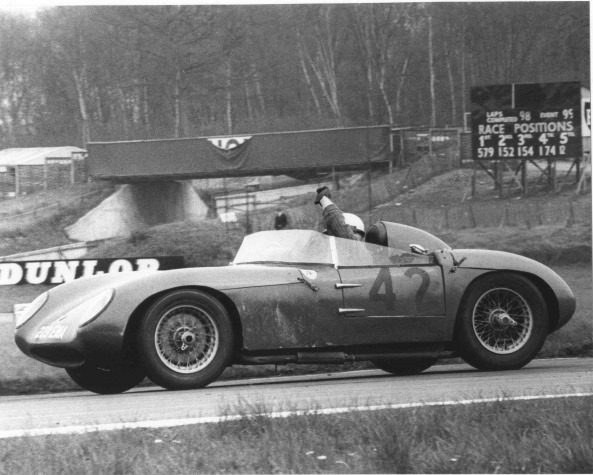 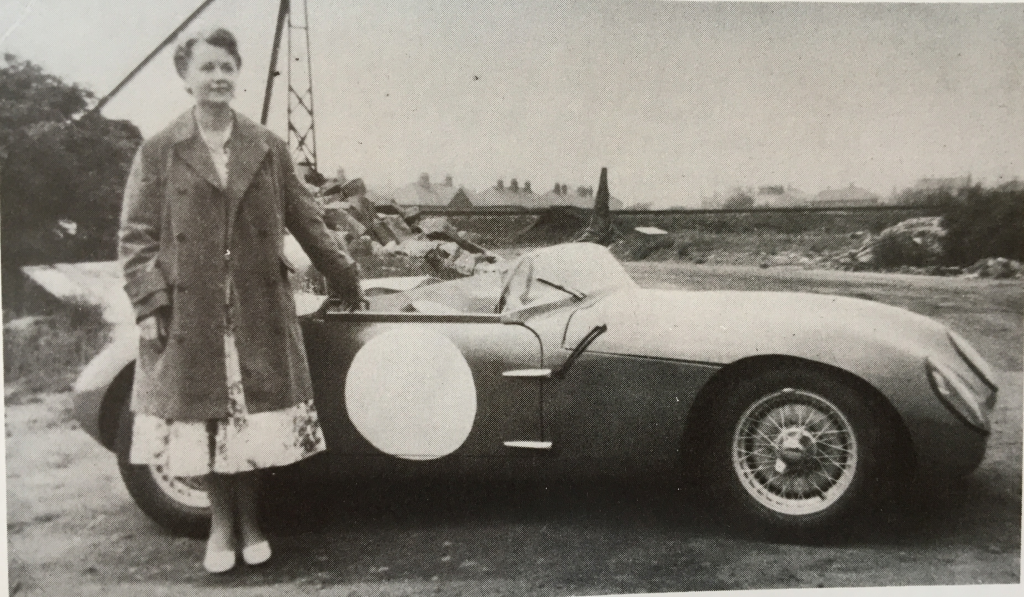 Trevor’s wife, Jean, with the first TVR Open Sports – Climax model at Hoo Hill.
Beleive it or not, both the front and rear bodywork came from the same mould! 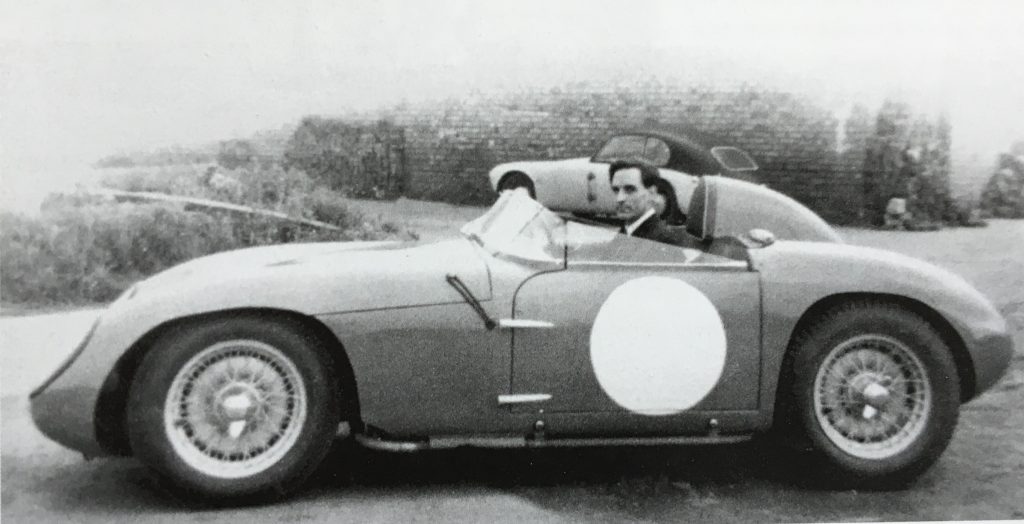 Trevor with the first TVR Open Sports – Climax at Hoo Hill in 1955. Styling the car wasn’t difficult as both its front and rear body sections were taken from Microplas Mistral mouldings! 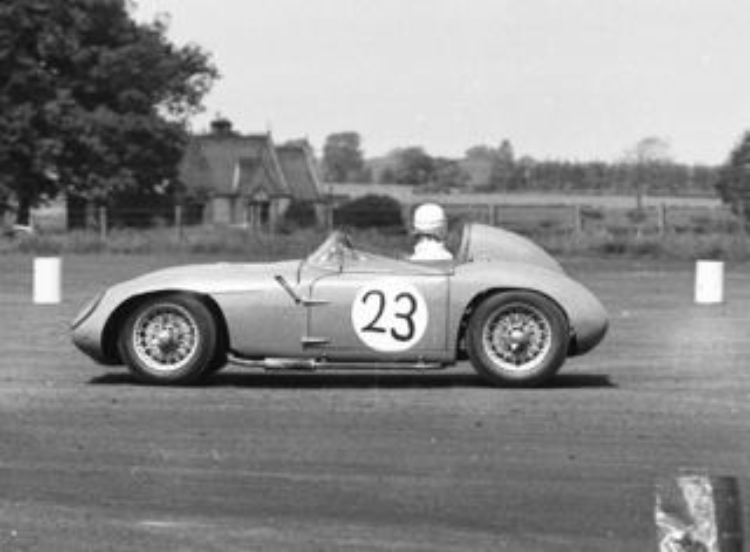 One of the Open Sports Climax in action 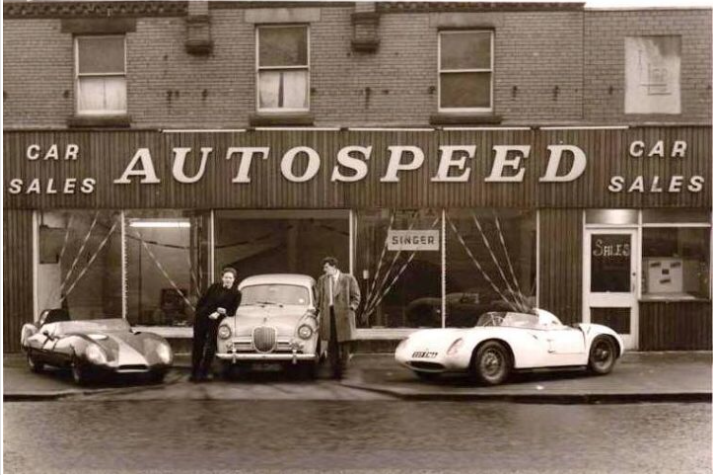 It was also part of the team in the Darlington & District 4 hour relay at 16th July 1961 Catterick driven by Harry O Brien. Racing against Keith Schellenberg and J Ropner who were entered in a C Type as part of the St Moritz Tobogganing Club Team. 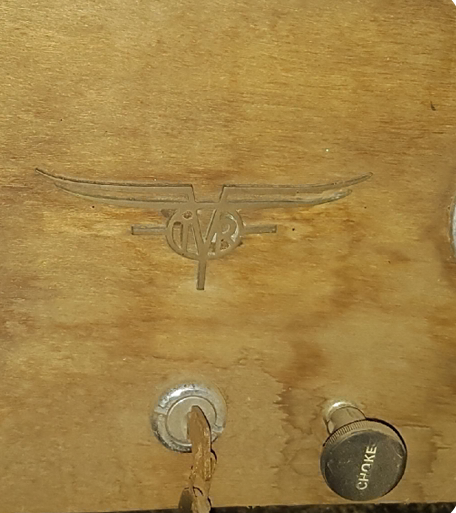 This unique early TVR badge was hand made by Jack Pickard as the front bonnet badge for 223 EMA and became the standard TVR emblem of this period. The badge now resides on the dash of 223 EMA for safe keeping. 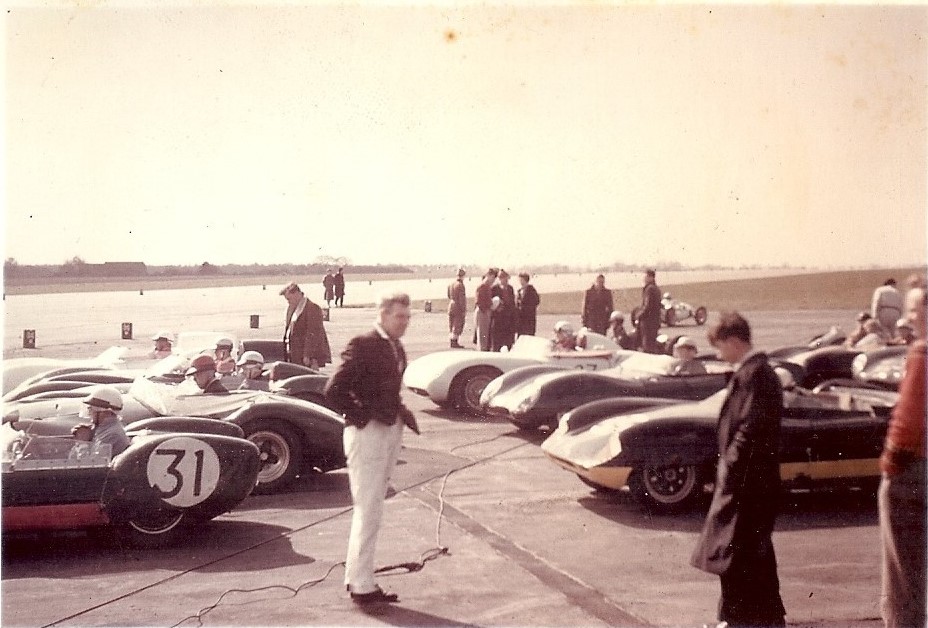 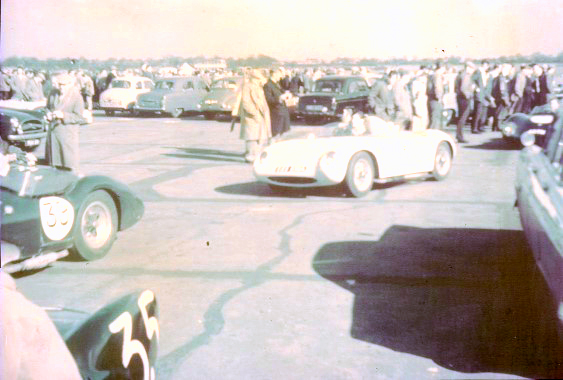 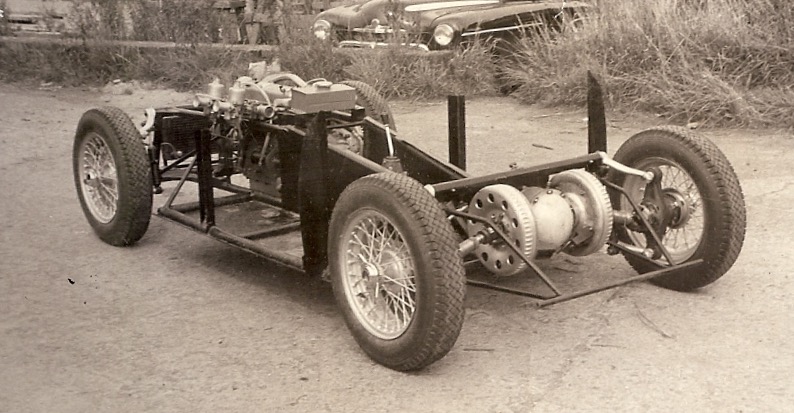 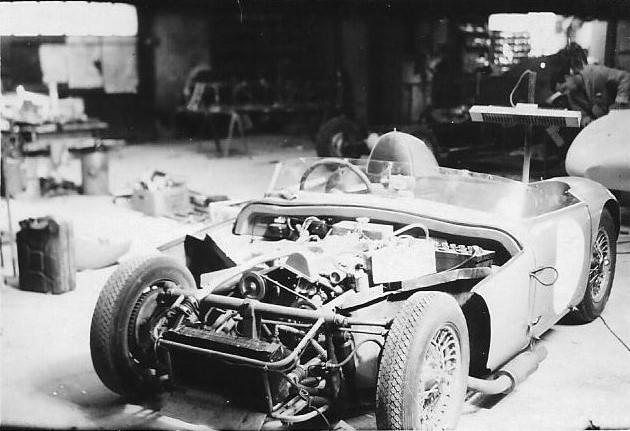 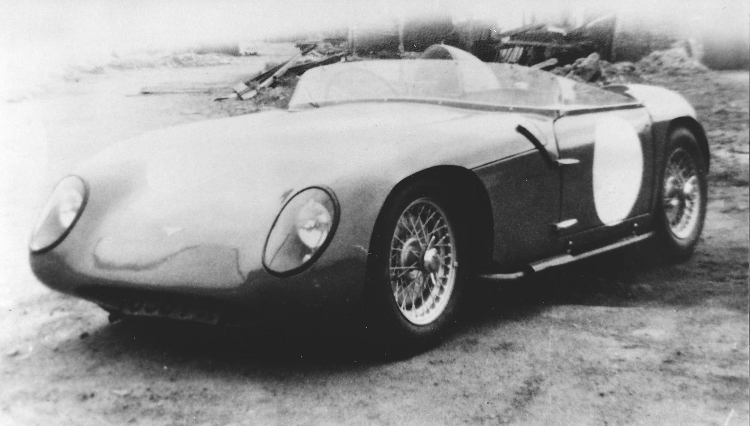 An early photo of Open Sports racer – Climax in 1955