50 YEARS OF THE AC COBRA

The 2012 Revival marked the 50th anniversary of the AC Cobra with the finest collection of significant and authentic racing AC Cobras ever assembled in the UK, for an exceptional one-model race.

This special all-Cobra race was a 45-minute two-driver competition, with driver changes in the pits between 15 and 30 minutes.  This one-off race featured an exceptional line-up of top drivers and an extraordinary mix of historically-significant competition Cobras, including some of the special-bodied aerodynamic Cobras, such as COB6008.

The race was an intriguing spectacle and a fitting tribute to one of the world’s most revered, and copied, sports car which has a long association with Goodwood.  Naturally COB 6008 was on hand, raced by owner Kevin Kivlochan and Celebrity driver Tony Jardine to a highly respectable 8th overall out of an impressive 32 starters. 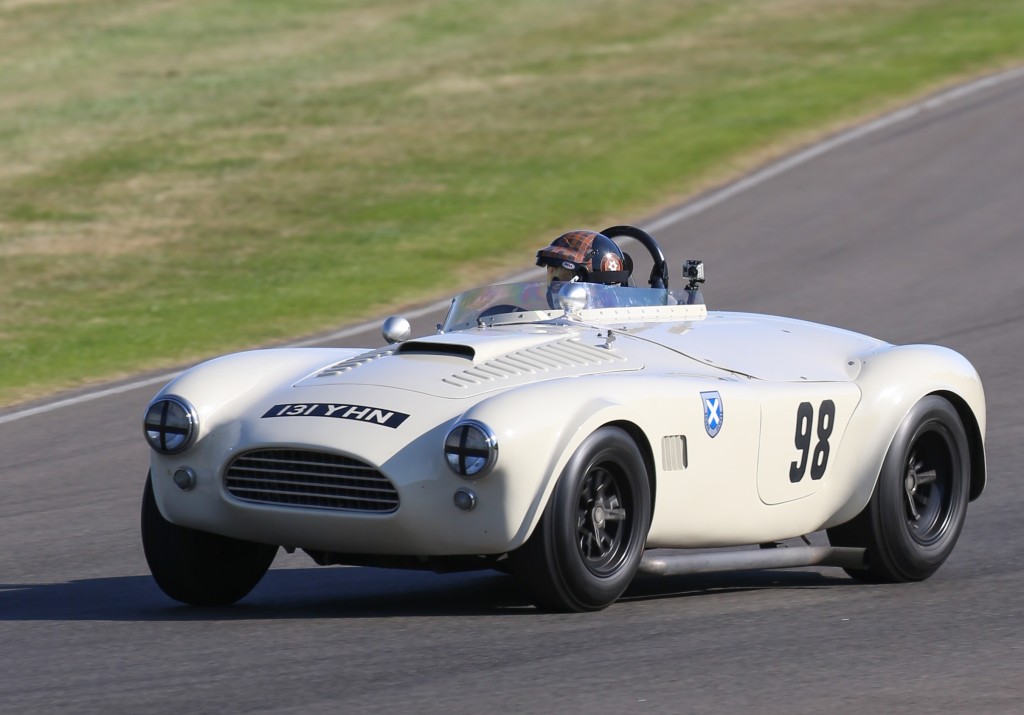 Some in car video footage taken from cockpit of COB6008: