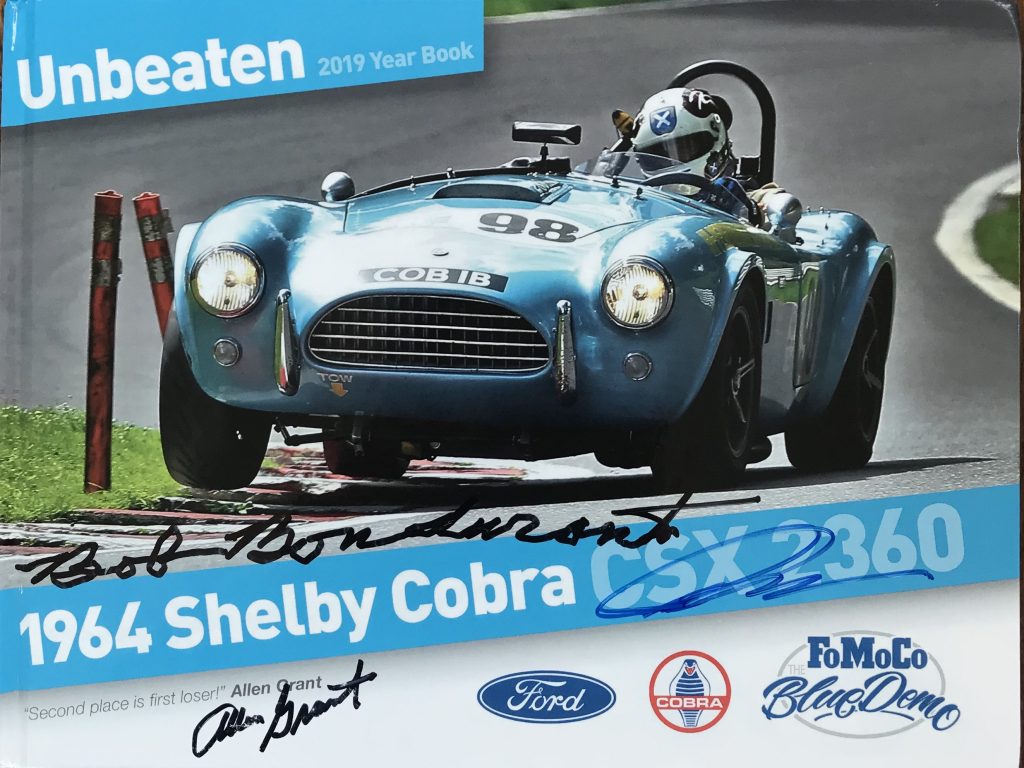 This hard back picture book charts the extraordinary success of the 1964 Cobra- CSX 2360 “The FoMoCo Blue demo”. 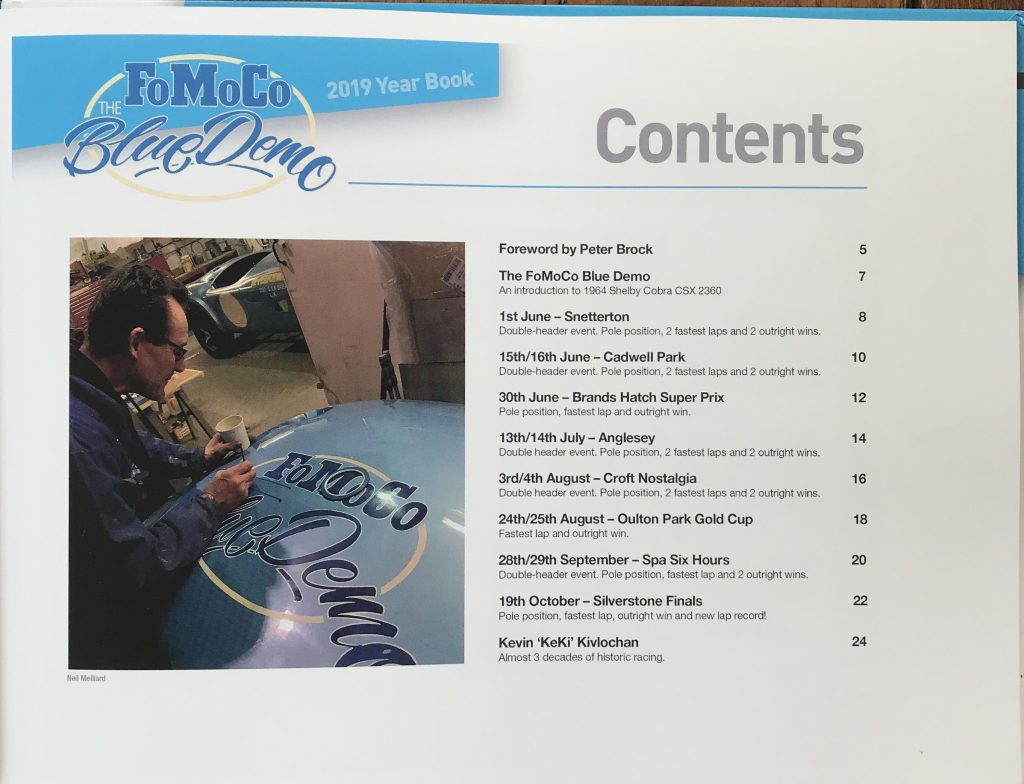 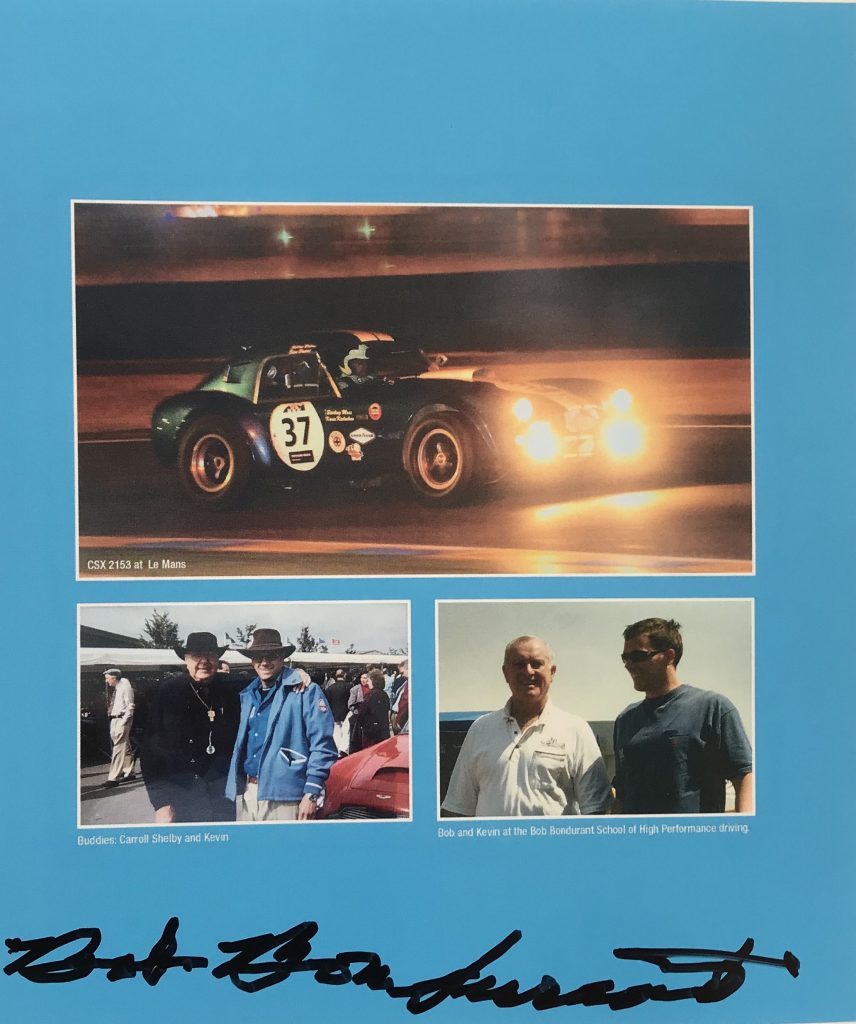 The forward by Pete Brock explains how Pete used the car in 1964 as a demonstrator around the streets of LA to prospective Cobra buyers.  It also covers the 2019 season of Kevin “KeKi” Kivlochan, his 14 races, 12 poles and 14 race wins in the Historic Sports Car Club, an accomplishment that has never been achieved since the inception of the HSCC in 1966.  There is a wonderful variety of professional photographs and some interesting anecdotes about the Blue Demo.

Tony Art’s book is a perfect addition to any Cobra man cave.

(Please note the books being sold are not signed by Pete Brock, Allen Grant or Bob Bondurant)

This book wonderfully plots the history of this fascinating Ace, with chapters that cover the Early Years, the period race history & results, the story of the barn find and the three year restoration. 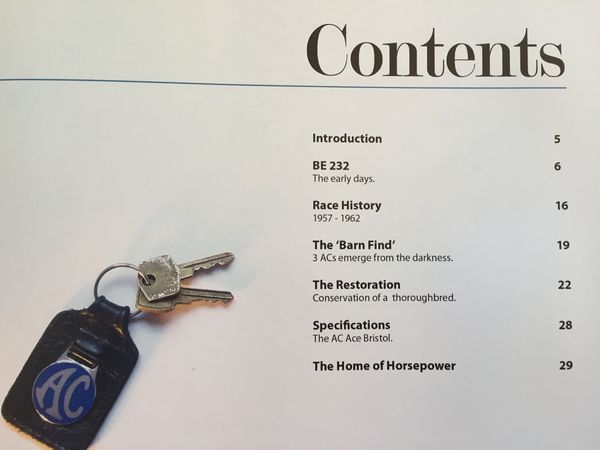 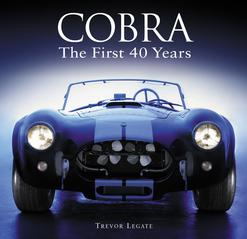 The legendary Shelby AC Cobra was the result of an unlikely collaboration between American race driver Carroll Shelby, the Ford Motor Company and AC Cars Ltd.

In the USA, Shelby American developed the Ford-powered Cobra into a race winner with the help of designers, mechanics and drivers such as Pete Brock, Phil Remington and Ken Miles. Thanks to their input, the Cobra team won the FIA World GT Championship in 1965 with its Daytona Cobra coupe, driven by people such as Dan Gurney and Bob Bondurant. In the UK, the Cobra achieved fame when it raced at the 1963 Le Mans 24 Hours where, managed by Stirling Moss, it won the GT class.

The Cobra soon became a byword for high performance motoring. Both AC Cars and Carroll Shelby ceased production of the car in the 1960s, before the kit-car market helped revive interest in the car with the result that both AC and Shelby re-launched their own modern version of the Shelby Cobra and AC Cobra.

Cobra authority Trevor Legate continues his research into the history of Shelby American and AC Cars to unearth new photographs and information about the iconic Cobra. This substantial work shows the Cobra on the road and track at world famous circuits such as Brands Hatch, Goodwood, Nurburgring, Le Mans, Daytona and Sebring. Not only does it bring the complex Cobra story up to date, but also reproduces the official AC Cars Chassis Registry in its entirety, listing every Cobra built between 1962 and 1968. 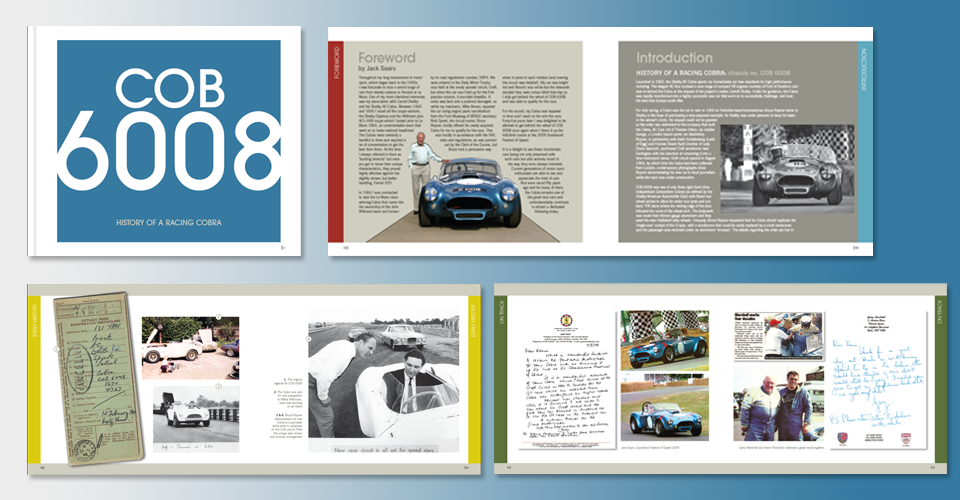 ABOUT THE AUTHOR – TREVOR LEGATE

Since the publication of his first book about the history of the Shelby AC Cobra in 1984, Trevor has continued to document the continuing story of this iconic sports car.  His research has taken him to race meetings in the USA, a Shelby Automobile Club convention in Charlotte and a privileged invitation to join the annual Cobra Tour in Virginia, as well as visiting owners and their cars around Europe.

Trevor frequently visited the premises of AC Cars Ltd in Thames Ditton during the 1960’s where he ‘got the Cobra bug’ and had many conversations with the sales manager, Keith Judd and the company chairman, Derek Hurlock.  As a professional photographer he built up a large collection of photographs of the AC Cobra which resulted in the publication of his book ‘Cobra’, becoming an accidental author in the process.  The book was later revised and published in several countries under the title ‘Cobra – The Real Thing’

Having built a successful career as an advertising photographer he sold his studio and formed a new publishing company, Touchstone Books Ltd.  With the resources to oversee the design and content of his books, he published ‘Cobra – The First 40 Years’ that won a prestigious gold award at an international automotive book convention in the USA.

Trevor has written seven books to date and numerous magazine articles while continuing to record and document the story of the Cobra.

“I Read it every night before bedtime, what an incredible collection of photos and history. It’s rare for me to read a book more than once, cover to cover but this one will be the first!”

This gloriously illustrated book plots the life of COB 6008 starting in the 1960’s and running through to 2011.

Including a foreword by none other than Jack Sears, this 80 page publication includes the following chapters:

It includes more than 140 pictures from throughout its history including its registration papers, newspaper clippings and a signed letter by Jack Sears, plus much more.